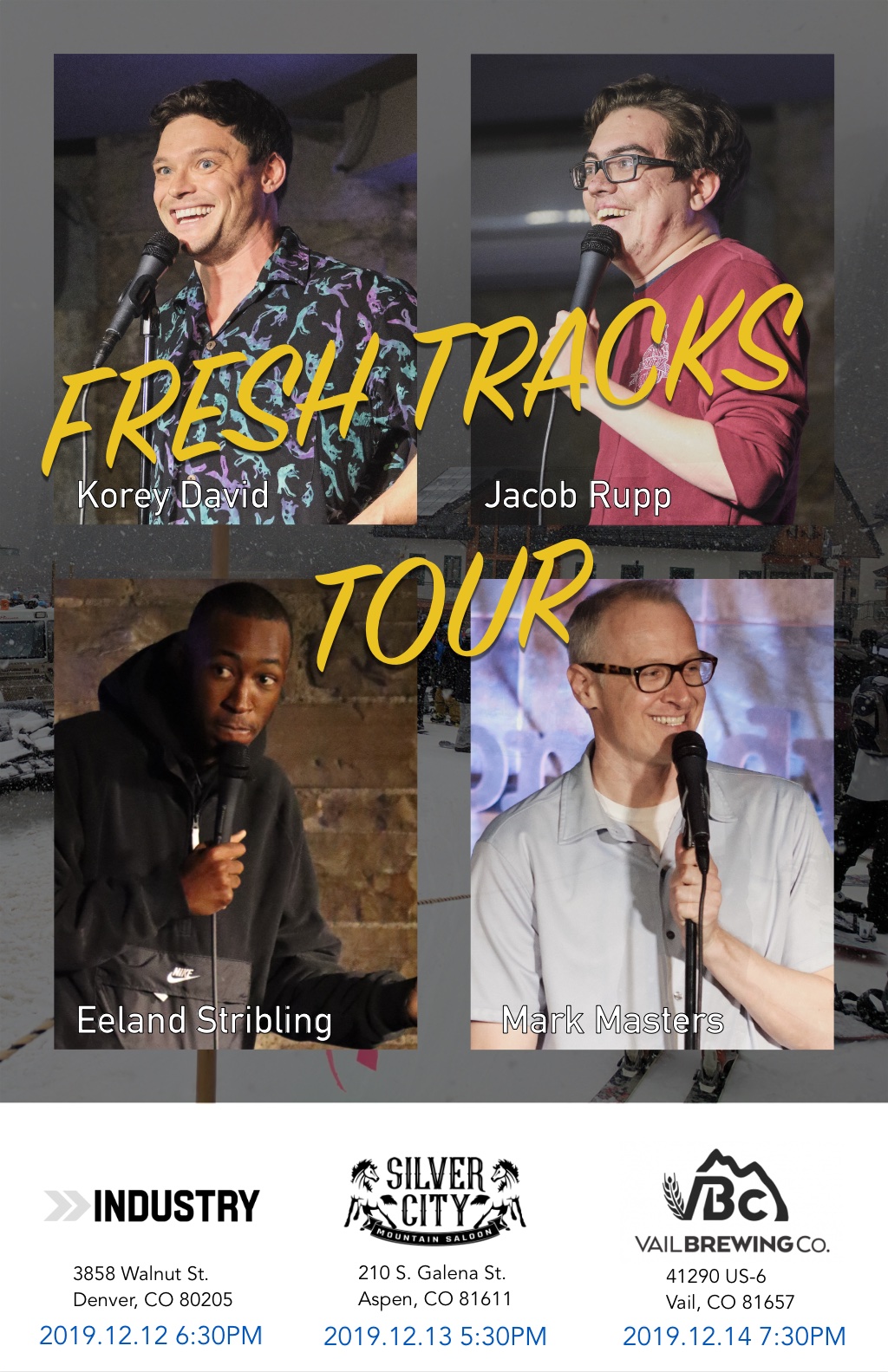 Mark Masters: Mark Masters is a Denver, Colorado based comedian who wrote a book in 2019 called Not Good Yet. He runs a monthly showcase called the Vail Comedy Show in Vail, Colorado. Korey David: Korey David is a Denver based comedian that draws his comedy from growing up the angsty middle child in a Mormon household. He's the black sheep of the family and isn't afraid to show it. He's performed his theatrical and expressive act around the country at places like the Funny Bone, Improv Comedy Club, and Four Corners Comedy Festival. He was recently a finalist in the 2019 Comedy Works New Faces Contest in Denver. Jacob Rupp: Jacob Rupp is a small comedian who lives in Denver. He produces a showcase at Westfax Brewing and License No.1. You may have seen him on the High Plains, Border City, and Savage Henry comedy festivals or maybe in the finals of the Comedy Works New Faces Contest. He's also an inspiring Baby Bottle Pop Mascot. Eeland Stribling: Eeland Stribling is a Wildlife Biologist from Denver, Colorado. He has performed at the North Carolina and Altercation Comedy Festival, and on the PBS Sounds on 29th Comedy special. Follow him at @blacksteveirwin on Instagram. Austin Black: Austin Black is comedian from Iowa based in Denver, Colorado and is a finalist in the Comedy Works Clean Comedy Contest. He's successfully begged to be a part of comedy festivals such as Floodwater and Green Gravel.