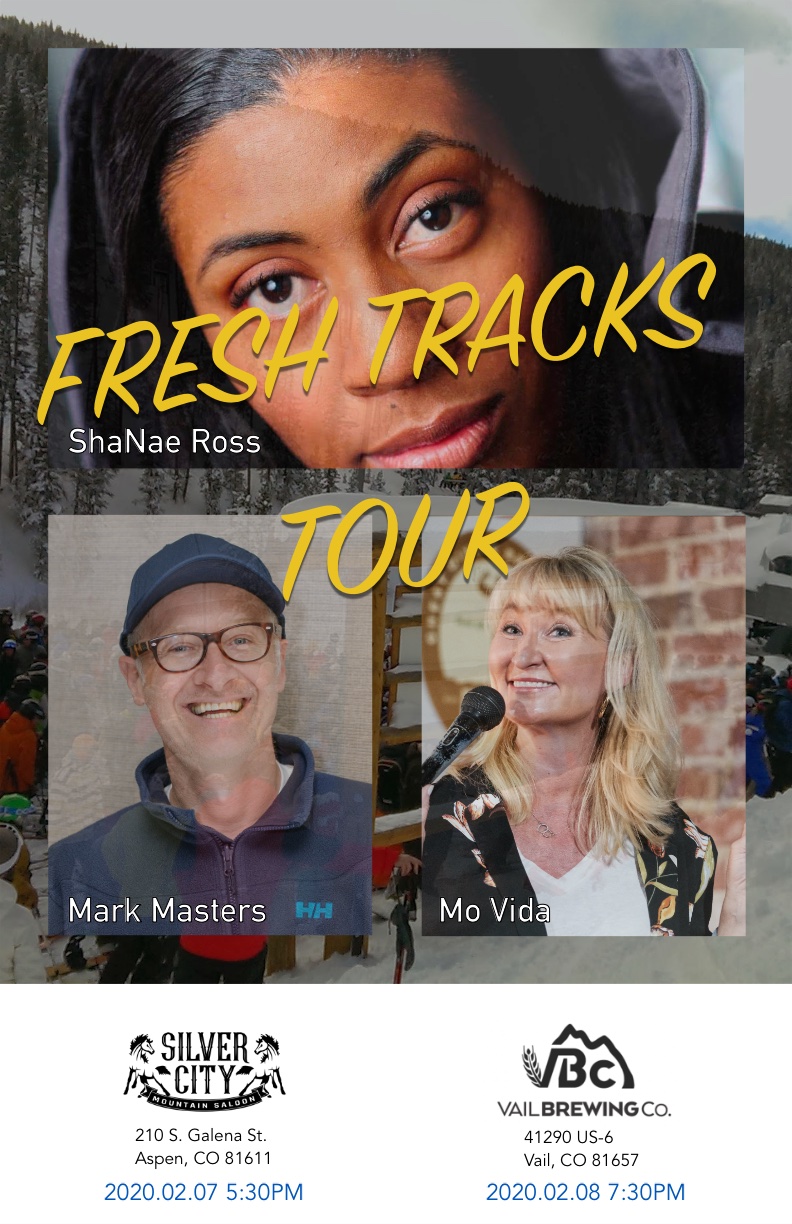 ShaNae Ross: ShaNae Ross is a Comedian based out of Denver, CO. She is a 2017 and 2019 finalist at Comedy Works' New Faces Competition. Her engaging charm, a snazzy fashion sense, and personable storytelling ability, has earned her the honor of performing at festivals such as High Plains Comedy Festival (2018, 2019) and 50 First Jokes (2018). While fluent in the language of comedy, her inability to speak “parent” does not hold her back from making them laugh. (However, she will watch a kid or two) With support from both her full time and part time dads, she draws her audience in with her light hearted and happy energy. ShaNae is from Oklahoma and avoids red meat. Mo Vida: Mo Vida tours the country bringing her brand of cougar comedy and truth telling to stages all over. She began her comedy career in NYC before returning home to Colorado. She can be seen on Comics Watching Comics (Amazon Prime) and heard on 103.1 Denver’s Comedy Station. Mark Masters: Mark Masters is a Denver, Colorado based comedian. He hosts and produces the monthly Vail Comedy Show which has showcased touring comedians Christie Buchele and Derrick Stroup. He has a podcast and web series, creatively named "Mark Masters", and you can buy the story of his comedy journey "Not Good Yet" almost anywhere books or audiobooks are sold. (Aspen only) Brian Payne: Brian Payne grew up in the countryside of Northeast Ohio, and has spent the majority of his adult life in the high altitude of Colorado. His clean comedy thrives on the beautiful absurdity of life in the mountains and his passion for music, accents, flannel, and his wife and 2 kids. (Aspen only) Jake Hovis: Jake Hovis is huge. Seriously, he is 6’8” and well over a hundred pounds. His comedy, like the air in his hometown of Denver, tends to be clean and fresh. Jake is a high school teacher and his students describe him as “funny” and “big”. Jake enjoys the little things in life like his 5’3” wife and 2 miniature dachshunds. (Vail only) Salma Zaky: Salma Zaky started stand-up at UCLA where she was lucky enough to perform alongside stellar comedians including Maria Bamford, Ali Wong, Nikki Glaser, and Nicole Byer. Salma has been featured in Wisconsin’s Lady Laughs Comedy Festival in 2016, Boston’s Women in Comedy Festival in 2017, and SF Sketchfest in 2019. (Vail only) BK Sharad: BK Sharad is a stand-up comedian based out of the Denver, Colorado area. Born Sharad Ravichandran, he changed his name to BK Sharad after realizing no one could pronounce or spell the name he was born with. BK Sharad continues to fight every day for his main goal in life; to spread joy and try to make the world a more positive place. Past credits: Portland Maine Comedy Festival, Cloudtop Comedy Festival, High Plains Comedy Festival, Beast Village Comedy Festival, Tower City Comedy Festival