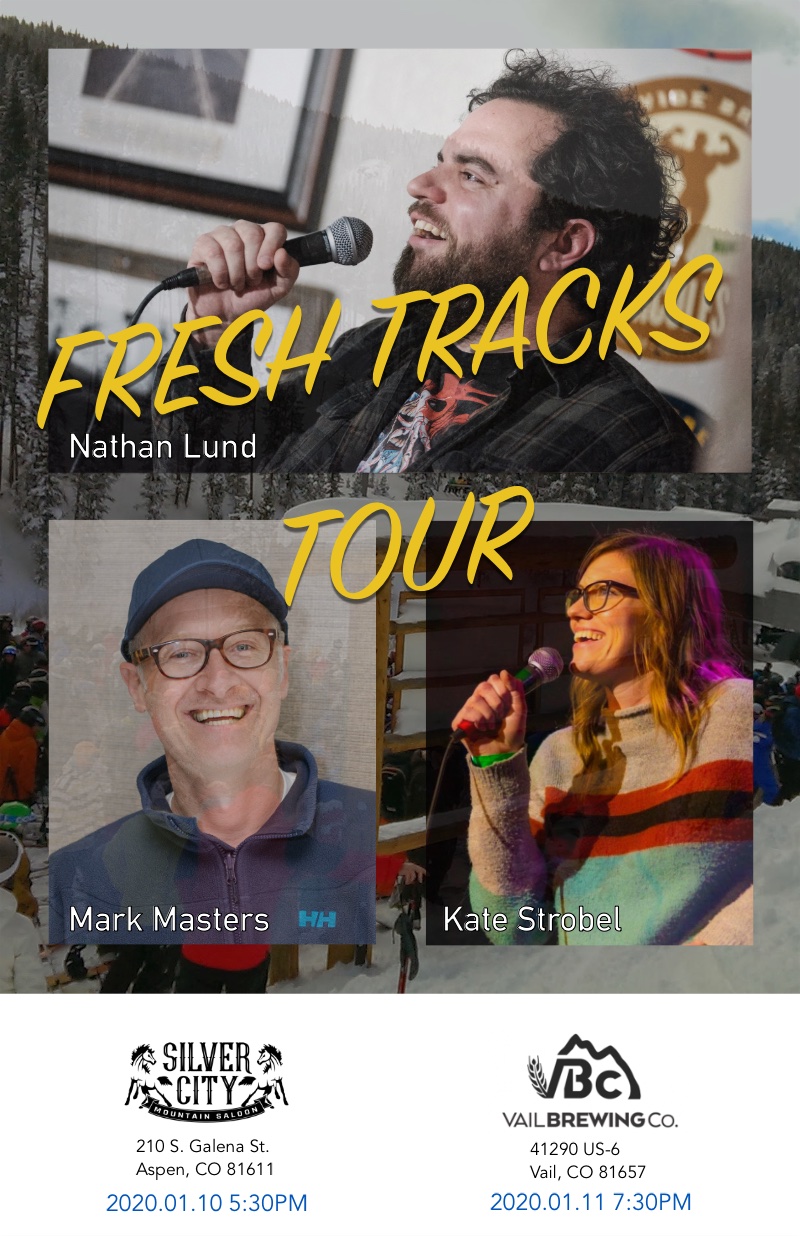 Nathan Lund: Nathan Lund has travelled the country and is a favorite at Denver’s Comedy Works. He was featured on the TV show "Flophouse" on the Viceland network as well as the BBC2 show "Horizon". Nathan was a part of Funny or Die's Oddball Comedy Fest, Crom Comedy Festival, Savage Henry Fest, Orlando Indie Comedy Festival, and the High Plains Comedy Festival. He is the host of the podcast One on Lund and is the reigning Denver Comedy Champion. Kate Strobel: Kate Strobel is a Denver-based comedian known for her honest and unique voice that hilariously grapples with what it's like to be socially awkward and perpetually anxious. Kate has been a Semi Finalist in the Comedy Works New Faces contest, and has been featured on Denver's most beloved showcases including Lucha, Libre & Laughs. You can see Kate perform on showcases all around Denver. Mark Masters: Mark Masters is a Denver, Colorado based comedian. He hosts and produces the monthly Vail Comedy Show which has showcased touring comedians Christie Buchele and Derrick Stroup. He has a podcast and web series, creatively named "Mark Masters", and you can buy the story of his comedy journey "Not Good Yet" almost anywhere books or audiobooks are sold. Charlie Cohen: Charlie Cohen is a Denver native with 6 years of stand up experience. He graduated from the Leeds School of Business at CU Boulder with a degree in Operations Management (if anyone is hiring). He has a dog named Annie. That pretty much brings us up to speed. As always we may have some special guests dropping in too, so arrive early for good seating, and be ready to let loose by the published showtime. Lineup subject to change.